At the opening of the exhibition Jon was pleased to discover that both the paintings he had submitted "Typhoon QRA" and "Teasin Tina At Night" had both been awarded highly commended.A while after the exhibition Jon was notified that he had been further awarded the "SBAC Trophey" for his painting of "Typhoo QRA".This award is given to an artist, for the most competant painting by a friend in the guild. 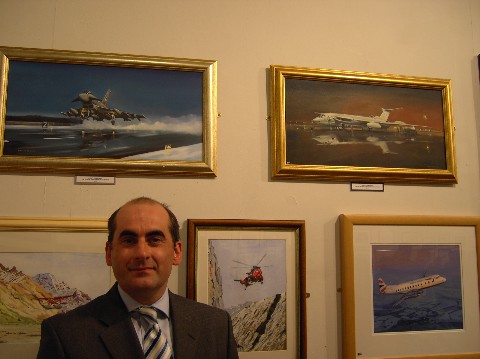